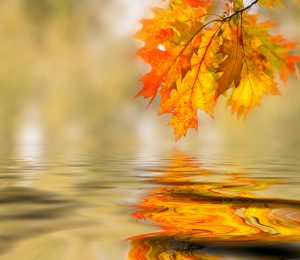 It’s inevitable, the seasons turn and there is no escaping anniversaries of good times, and bad times. Certain events become attached to a time of the year. Just a natural thing.

But it still isn’t easy.

A friend just faced the anniversary of her father’s death. And it didn’t seem real.

In two weeks, I face a similar day. On the 27th it will be one year since my sister died of lung cancer. I spent most of last year just being pissed at her. Well, from being pissed to wanting to just sit and stare out into space. I know she couldn’t stop smoking. For that, I feel sadness. For her not wanting to quit smoking, I feel anger.

I didn’t know what losing her would do to me. I miss her. And I’m still not sure what has changed. You know, life simply continues…and there is a sense of absence each day. I grow less and less aware of it. Until it smacks me. I keep thinking back to a particular phone call months before she died. When she was diagnosed with small cell stage four lung cancer. She lasted less than six months after.

Anyway, I’d been in New Orleans, at the Romantic Times Booklovers Convention. I knew she was ill. I’d spoken to my mother every day, while they were busy trying to figure out what was going on with Erin. (I know now she always knew, she simply didn’t want to share the news.) Her throat had swollen and she couldn’t talk, so our mother was my conduit. Days in New Orleans, I worried. I flew home with a layover in Los Angeles and I got a text, Erin wanted to talk to me.

The airport was a zoo. No place to sit in the terminal, no quiet place. I found an empty area near an overflowing trash can and huddled against a wall. And cried, cursing at her when I wasn’t sobbing. I called her a bitch. And she chuckled, knowing what I meant. I was relieved she could talk again…I was furious that she’d been such an idiot…and scared. So fucking scared.

I want to cry when I think of that day. It’s a mystery to my family, why my sister surrendered so much of herself to the love of cigarettes. They were her best friends, her lovers, her everything. She chose a shorter life over quitting. She knew what it was doing to her…

And every autumn, my thoughts will turn to her. The ache will grow, along with the anger. She left me. She left our mother, she left her son and two adorable grandchildren. I knew her well. Suicide by cigarettes.