Today is July 8th, 2015, and yesterday, I read through the copy edits for book #23 of my Forever A Pirate series. I’ve been publishing this series for quite a long time. Initially, I set a schedule of one new book every three months. With thirty books, I foresaw it taking 7.5 years.

After a discussion with Jennifer Ashley, an author I respect a great deal, I edited this schedule and began to release a book every month. It’s a demanding routine, but my quick and studious copy editor makes it possible. 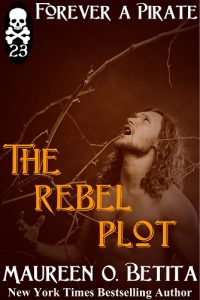 And in August, book #23 will release, The Rebel Plot. Suddenly, I realized how close I was to seeing the series finished. They are written, have been for several years. But the polish, the editing, the production has taken time.

Yet, come March of 2016, book 30 will release and the world of Jake Reynard and his witch, Miranda, will be complete.

I hope to continue answering unfinished bits and pieces with several short stories. But the greater work will be out in the world and I will move forward. Pirate adventure flows through my blood, and I delight in spinning tales involving broad sails, handsome men and daring women. I expect more will bubble forth in the future.

You see, I write from dreams. I wake each morning in the midst of stories. And sometimes they involve alien worlds. From which I wrote the three Alien Encounters novels (Essentially Human, The Alien Library and The Embrace Protocol). Or perhaps a time traveler meets Sherlock Holmes (No Place Like Holmes). Or fairies in the contemporary world (Born in Flight). 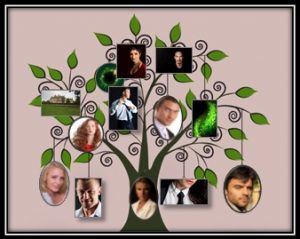 I’ll be introducing them one by one over the next few months. And I’ll be wrestling with a series name. I’ve come up with a few ideas, but am uncertain what is best.

Which sounds interesting to you? The Spiral Society —– The Sensual Spiral Series —– Spirals, Book 1 (etc) —- The Spiral Court —–     Anyone have an idea to toss into the circle?