Books…A Caribbean Spell has been out for a few weeks and sales are sporadic, but I figure this story will find its niche and snuggle on in and flourish. It’s not everyone’s cup of tea, but it’s gonna happen. Book two, Red Sean’s Revenge will be out in June and this week I start working with my cover artist to put something awesome together. And I’m painstakingly working through revisions for book number three…which might be called The French Gambit or Bernard’s Gambit. I’m leaning for The French Gambit.

Look mean enough for a pissed off Irishman? 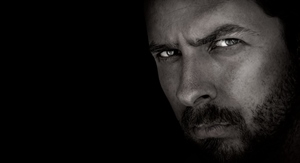 Life? Well, life is good. I’m not sure when it happened, but I’m suddenly growing fond on my house again and find myself spending less and less time sitting in Starbucks, working on my books. For one thing, we have a new gas powered fireplace that makes the house so comfy! And drier. (I live less than ½ miles from the ocean and we’re normally on the damp side.) I turn it on when I get up and by the time we crawl into bed, it’s 77 degrees in the house. Without the ash dust, wood chips or smoke. It’s good!

Exercise. This is going so well! I started the year with a blog about how I intended to climb this particular hill…then my back and sciatica laughed and took me down. Hard. And a cold. Gods, really, the first two months of 2013 sucked when it came to health/exercise goals. Saw my doctor, who weighed me and gave me that look… That week went out and bought an elliptical machine. And my first time on it was torture. Five minutes. That was it. Five minutes and the sciatica pitched a fit and I thought I was going to die. But I kept at it. Five minutes at a time. Then I’d sit, let the sciatica calm down. Wait an hour, do another five minutes. Until at the end of a week, I could do ten minutes at a time. 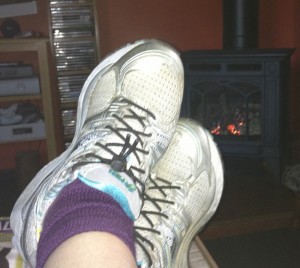 Second week , I added another ten minutes, to thirty a day. Sometimes five minutes at a time, sometimes ten. Third week, I made it forty minutes a day and it was in ten minute chunks. Sometimes a rare twenty. Entering my fourth week and graduating to fifty minutes.

No added resistance, started slow…going faster now. I’m pushing to hit an hour a day, steady. Then I’ll add resistance. And I’m feeling good! The sciatica still hollars, but less and less. I’m actually breaking a sweat now because of the work out, not the pain. And that is a good thing!

Meanwhile, I have a new release coming out from Decadent Publishing. Lorelei’s Song. A little bit of Steampunk, a little horror, a lot of erotica. Keep an eye out for it. Be out on March 29th!