Never Really Though I’d Say This…

Eight years ago, I came close to dying. Normal day, it seemed. Gym, coffee with a friend, dinner with husband, then home. Not feeling well. Went to bed…woke up 3 days later in the hospital.

My heart had an electrical mishap and, basically, stopped. Though from what the tests showed, it danced a really freaky step before it gave up. Luckily, my husband figured out stuff was wrong…and did CPR, called 911.

They never did figure out why. They installed an ICD, a device which monitors my heartbeat and if any strange happens…it shocks me back to normal. 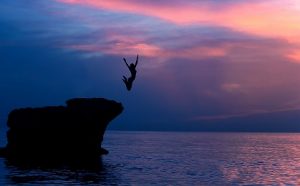 I spent a lot of time being scared. For a long time. As I near time to replace this one and give me a new portable ENT, I found myself reflecting on what I gained from nearly dying.

I got brave. And because I got brave, I stopped waiting for things to happen. I quit playing it safe. And…because of that I can’t count the new people I have met and the wonderful friends I now have.

Because I nearly died I went to the Romantic Times Booklovers Convention with an eye toward learning how to turn my millions of words into actual books. Because I went to RT, I met Jane Lange, Judi McCoy, Ashli Hayes…and more and more people, every subsequent year I went.

Because I met Judi McCoy, I learned about the Romance Writers of America and that same year, attended the National Conference in San Francisco and picked up a postcard advertising a blog. The Romance Writers Revenge. That blog changed my life again.

Because I attended RT, I became a published author. Because of that RWA, I met local writers and joined the RWA, eventually serving as my chapter’s president, until it’s demise just last year. That group brought me another fabulous friend, Barbara Cool Lee, who held my hand through the process of self-publishing. From there I joined a vast group of self-published authors, with advice and more help than I can presently make use of.

So, what did I earn from nearly dying? Bravery. And Bravery brought me friends. Very unexpected. But sometimes, the best stuff comes through very dark tunnels.

It’s a difficult thing to keep in mind when you’re in that tunnel. Just as all good things must end, the same must be said for all black things. May we all make it through to the other side! 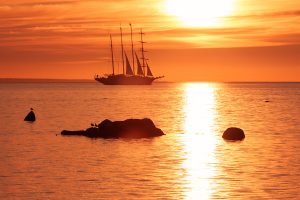