Home Uncategorized Pirates on the Fringe!

Pirates on the Fringe!

It’s really the year of pirates…actually, probably the decade or the two decades… Yes, it’s a good time to be the writer of pirates!

Why do I say this? Well, I like movies, for example…and it’s been an interesting year for the mention of pirates. Alas, no phenomenal blockbusters…but there were a few interesting bits out there. Personally, I loved the books of Gideon Defoe. His take on pirates delighted me when I read the first of his books, Pirates! In An Adventure with Scientists! in 2004. 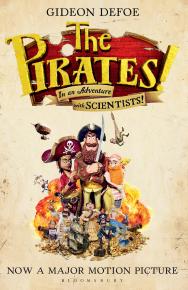 Really brilliant take on the genre. A good bit of bizarre British humor, an odd mix of Benny Hill and Doctor Who. With pirates! I’ve read them all and when I saw the animated movie being released, I figured…what fun!

It was fun. It wasn’t brilliant. Turned too far toward the children market, it left behind the adult humor I adored. But! It was still pirates! Whoohoo!

Then I saw Ice Age IV, Continental Drift…and there they were! Pirates! A vicious ape captain, a saber second mate…and a goofy elephant seal who really stole the show as far as I was concerned. And one real warped rabit with a bloodlust to rival Captain Blackbeard… 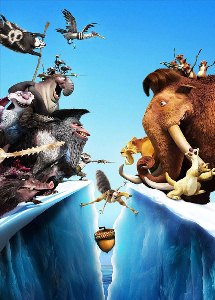 Ah…where will I find pirates again! Always on the lookout…from the crowsnest where I type away at the further adventures from the Kraken’s Caribbean… Have you seen pirates on the horizon? Let me know!