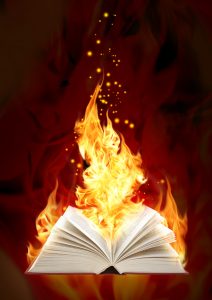 Ah! Conventions, how I love them. And hate them. And about every other emotional state between. At present I’m watching a convention war going on in the romance community. I have opinions and favorites, but I don’t want to get into that today.

It’s all well and good to weigh one in comparison to the other, but it’s nearly impossible to reach an evaluation that will be the simple truth. Because everyone has a different criteria to evaluate. What is good for one writer isn’t good for another. Nothing is simple.

What pleases this reader will disgust another reader.

And the gap of experience between the writer and reader is just as vast.

A great deal goes on behind the scenes in any convention, which the attendees (hopefully) never see. Writers often experience a fair amount of it.

The issue is that we all attend conventions for different reasons. Readers go to meet authors, buy books, get autographs, discuss with other readers topics that interest them. And to meet with and enjoy the presence of like-minded readers. And, of course, to party with friends, most of which they may not see the rest of the year.

Authors go to directly sell books, sign autographs, meet readers, give talks, socialize with other writers. And press the flesh, hoping to entice a non-reader of your books into trying one of your books.

There are also the in-between people. Those who aren’t writers yet. But want to be. Maybe they are, just not published. Maybe they are published but open to new opportunities. And the people involved in the nitty-gritty of book publishing are often at conventions. Cover artists, promotional companies, publishers, agents, etc.

A lot of people.

Some of their needs and desires run in the same race. Some don’t. It’s complicated. Some conventions cater to the one genre readers/writers. Some cater to several. A few try to include everything.

Before I went from aspiring author to published author, I attended conventions put on by the science fiction/fantasy people. And I loved the big, huge ones. It saddened me as they began to splinter into smaller special interest conventions. I understood the rational, but still…I mourned. Now, in 2015, there are few big multi-interest cons in this genre. (Why multi-interest? Isn’t scifi/fantasy just a genre? Well, no. There are those who have very specific fandoms. Star Trek. Dr. Who, Firefly… Only the books. Only the film media. Only strict fantasy. Only strict sci/fi. The Furries. The Steampunks. The gamers. The costumers… It’s a very expansive genre.)

Now the Steampunks have a con. The gamers have a con. Etc, etc, etc. It’s very sad. But it does make the cons more affordable for the simple conventioneer. But I’m interested in all of it and enjoyed the big cons because I discovered new flavors of this and flavors of that. Sigh. I’m pretty much out of luck on that front now.

You get the gist. They are all different. And what offends or disturbs one genre is the bread and butter of another. Some fulfill the attendees’ expectations brilliantly. Some do a good job at this and a bad job at that. Some are a mess. Some run a smooth as silk. Some will be fabulous one year and fall flat the next. Every one is a special snowflake.

As much as the evil sprite in me is observing the current state of affairs between fans/organizers of one con against fans/organizers of another with fascination…it isn’t something I take pride in. Because I know people are being hurt and names are flying about and lawsuits are threatened and… Yeah. A real mess.

As an author, I have longed for a simple way to assess cons. A database, if you will, which lists what is available at one, and not at another. What genre this one works really well for, which ones don’t. (Going by a post on a convention website isn’t the same as hearing from authors of your specific genre about their experiences.) I’d almost wish for a checklist. Just a checklist. No room for why this was bad, or good, compared to another con. Sort of like my Kia dealership, which wants to know about my experience and doesn’t ask how it compares with my Toyota dealership experience. Rate according to a number between 1-10.

Because cons cost money. More for an author than for a reader. It’s an investment and I hate when I feel that I’ve made a bad investment. I do want specifics, don’t get me wrong. Because one writer may say it was terrible, the only thing readers wanted was time-travel romance. For me? That would be a big fat five star assessment and I’d be there with bells on.

But the personal attacks are hard to hear. And everyone knows better, but once the mud starts to fly, it just gets worse. And, don’t get me wrong, I have opinions. I agree with that flying bit of mud, don’t with that. But people are getting hurt. Friendships are shattering. Threats are made, bullies rise and fall.

I’ve gone to a fair amount of cons since being published. I love most of them for the chance to see people and share a drink, chat, laugh. Some are very lucrative for reaching fans but no one to party with. Or vice versa. I’d assess them differently. Seldom is any con the best of all worlds. In fact, I don’t think that con exists.

In the long run, the readers will be the deciding factor. If the con wars cause enough fractures, readers will stay away. And if they stay away, the con financially fails and then it’s all over. Might not be a bad thing. The industry went from one big con to a handful of smaller cons to a majority of smaller cons and maybe it needs to be culled. It’s a pendulum. And I expect it to swing pretty wide both ways.

Perhaps this war was necessary. The culling of what is good/what is bad. I don’t know. (I do have opinions. But I don’t KNOW.) Is all of this good for the health of conventions? Maybe. But it isn’t doing friendships any good and it leaves a bad taste in the mouth.

There is never going to me a one size fits all. I’m looking forward to when this all calms down and, yeah, seeing who wins and who loses. In the short run, we all lose. In the long run? We’ll see.

Are you aware of the convention wars? Think it would make a great plot line for a dystopian novel? Or a tragedy? A comedy?