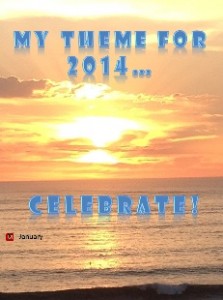 I started 2014 with the determination to spend each day celebrating something. Anything. Thirty some days later and how is it going?

Not bad. I’m not strutting down the middle of the road everyday, but I find something to be pleased about fairly consistently. And some days? Well, some are golden.

January saw me put out the 5th book in my Caribbean Spell series…it went up with all sorts of bobbles… I gave the wrong edited version to my formatter… Ooops. I got it fixed pretty fast, but it was pretty funny.

Though not as funny as the re-release of the Kraken’s Caribbean series. I redid the covers and for several hours that first day The Chameleon Goggles was The Chamemeon Googles. Yup, when I set out to screw something up, I do it right! 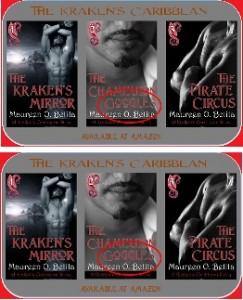 But! Sales are good. In fact, January saw me with a very good month. Broke my personal record for sales!

Starting February with my first slight snafu…Missed a booked date for the formatting of a boxed set of the Caribbean Spell series. I haven’t really made up my mind… A five book boxed set or a six book boxed set?