Home Uncategorized Reality vs. Everyone 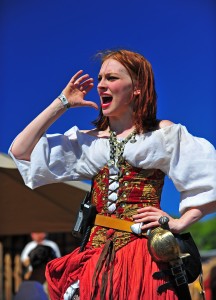 *Pulling a barrel of rum forward and balancing upon it…

While we’re dispelling myths – I think it’s extremely doubtful that Hitler almost had the Ark of the Covenant in his hands. Or that George Washington knew Ichabod Crane. I know that Samuel Adams wasn’t a roof hopping rebel, in 1774. (Image courtesy of the History Channel’s Son’s of Liberty.) (The man was in his 60s or 70s at the time.) (I like spry seniors – but lets consider reality here…)

Oddly enough, I won’t dispel the possibility of alien abductions, time travel, magic, bigfoot or a hundred other ideas. I’m open to all sorts of possibilities.

That is a big fat NO.

I don’t attempt to be accurate when writing about historical events. I don’t do the research – I like to say I’m lazy, but really…it’s because I don’t want accuracy to muck-up my stories. People should know the difference. I’ll step off the rum barrel now.

So, readers…what is the favorite bit of fiction you’ve seen embraced as reality? Anything you wish was real?