So, the east coasters had an earthquake on Tuesday. I happened to be on line with a friend in Virginia at the time. When she tweeted about an earthquake, I laughed. I mean, really? She insisted and so I scurried over the USGS site and there it was. Wow! (United States Geological Survey)

They really had an earthquake. And a good sized one, too!

To those of us on the shaky coast, earthquakes aren’t something we take lightly, but we do know the
routine. And most of us understand the theories regarding aftershocks and foreshocks and all of that. But for Terri?

This was new and pretty scary stuff!

Yes, I poked with a few twitter pokes. I mean, they have a hurricane heading for them and I hear
nothing. One little earthquake and bam! Now, aim a hurricane at me and I’d probably flake out a bit. Hurricanes on the not-likely factor when you live along Monterey Bay in California.

Quakes? Sure. I happen to live between two big faults. The San Andreas Fault and the San Jacinto Fault. Weeee! When we bought out house we paid for a geologist to research the area and then walk it with us. Big scare factor being liquefaction. Nothing like having the ground turn to quicksand during a good sized quake. Brrrrr! And yup, it’s a factor. Not a biggie, but it’s always a possibility. Bedrock is several hundred feet down.

Our house withstood the Loma Prieta quake in good shape. (Nope, didn’t live here then.) But the thing
that made that quake less than it could have been? The drought California had been experiencing. Less water in the ground meant less slippage. Now, if an El Nino had been a factor…well, different story for all of us! I doubt the house I live in right now would even be standing.

They’d probably have built a new one. At this point, my biggest worry has to do with trees falling,
mudslides and sure…earthquakes. I do live in California, I’m not stupid.

But at least I don’t have an earthquake season every year. Or forecasters talking about how many
hurricanes are likely. Or tornado sirens. Or snow avalanches. And I’m far enough up from the bay that the tidal surge of last year did nothing more to my little community than draw us all down to the bluff to watch the water go out and come back in. (Glad I didn’t live by the harbor, I admit. Or have a boat
docked there.) 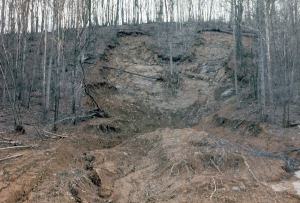 Yes, snow never challenges our roadways. Funnel clouds are extremely rare. We get El Nino  and that brings mudslides. And actually, the biggest fear is wildfire. (Remember the trees?) One year, fires rages to the north, the south and the east of me. (Nothing to west, but fire doesn’t rage in the water…) It was nightmarish.